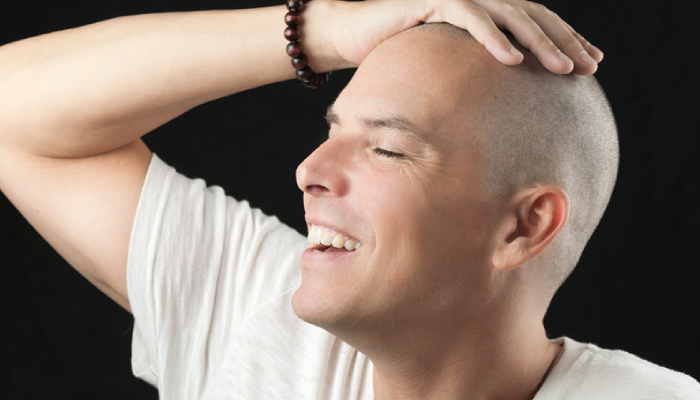 The internet can be a wonderful resource for researching anything you can imagine. These days consumers are well equipped to make informed, educated decisions regarding products and services. Unfortunately not all of the information we find with the click of a mouse is factual or accurate. Such is oftentimes the case with various cosmetic procedures, and today we’re specifically talking about Scalp Micropigmentation.

Now, if you’ve done any research on this topic, you probably know the basics: Scalp Micropigmentation—also commonly referred to as “SMP”— is the practice of injecting thousands of microdots into the scalp to recreate the look of shaved hair stubble on men and women who are bald or balding due to various reason such as Male and Female Pattern Baldness, Alopecia Areata or Universalis, chemotherapy, etc. SMP marries the practices of two more familiar and popular procedures, Tattooing and Permanent Make-up aka PMU, both forms of body modification where pigment is injected into the dermis. So what is Tricopigmentation then?

Well, quite simply, Tricopigmentation is just another term for Scalp Micropigmentation. However, thanks to the internet, and various online hair loss forums, it has become a separate category, in fact you’ll often hear clients debating, “Should I Get Permanent SMP or temporary Tricopigmentation?” So how did this happen exactly? To understand we need to go back to the origins of the procedure.

Modern SMP began in the early 2000s. The key pioneers were Ranbir Rai-Watson and Ian Watson who started the United Kingdom-based company His Hair Clinic. Around the same time PMU artist Milena Lardi began performing SMP procedures with her company, now known as Beauty Medical, in Milan, Italy. While both companies were similarly working with clients who were shaving their heads, Lardi found a niche in working with hair transplant surgeons and their patients who found they could not achieve the maximum hair density they desired due to donor hair restraints and risks of egregious scarring. In order to make this procedure safer, she intentionally focused her products to be less permanent than typical micro pigments. So how was this achieved? Ok, here’s where we get a little technical.

Firstly, the Beauty Medical pigment is manufactured unlike most other pigments on the market: in a pharmaceutical-grade ISO9000 lab. Each shipment of pigment comes with a certified lab analysis that gives a full toxicology breakdown of the product. Now here comes the aforementioned scientific explanation. If you take the Beauty Medical pigment and put it under a microscope you’ll see that the particles that comprise the pigment are all perfectly round in shape and just 15 microns in size. In contrast, if you took a tattoo ink and did the same you’d see the particles are all 20+ microns and various shapes. The Beauty Medical pigment is designed to breakdown and expel from your system through natural processes (the pigments are small enough to slip through) whereas the tattoo pigment is designed to sit permanently in the dermis.

To further ensure the breakdown and visual fading of pigments, Lardi also developed a machine and needles that you can calibrate and set to inject consistently at .5mm which is the upper layer of the dermis. This superficial injection means pigment will also expel over time due to natural exfoliation of the skin. Lardi felt these manufacturing measures would make her product and system more appealing to customers and hair transplant surgeons alike.

So does this mean Lardi’s system is truly temporary versus the permanent systems other clinics are using? Yes, the pigment will eventually clear from the dermis completely. However, what’s not clear is exactly how long this process will take. Some factors that will effect the fading timeline include touchups (getting touchups more often means the pigment will not clear out any time soon), environmental impact (such as sun exposure), and the person’s body (skin type, immune system, etc.).

Ok, so why the term Tricopigmentation? As with any industry, businesses often produce the same product but look to set theirs apart to make it standout. McDonalds has the Big Mac, Burger King has the Whopper. Both are just fast food hamburgers. But the term Tricopigmentation wasn’t so much a strategic marketing tactic on Lardis part as much as it was a literal explanation of what the product is:

Tricho- (prefix): Pertaining to hair. As in trichobezoar (a hair ball), trichotillomania (compulsive hair pulling), trichoepithelioma (a tumor from a hair follicle), etc. From the Greek thrix, trichos, meaning hair.

the coloring of a person’s skin, especially when abnormal or distinctive.