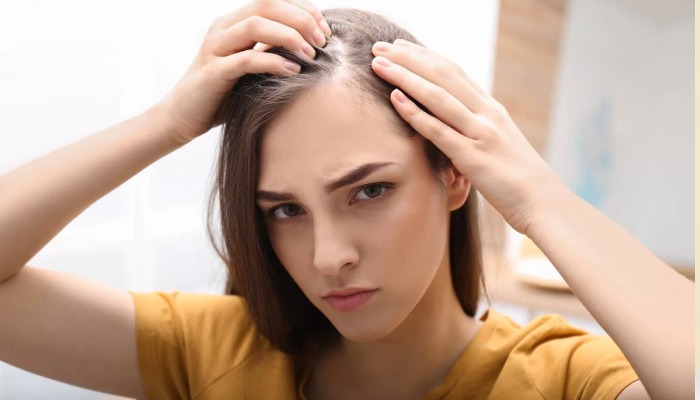 We all know what Male Pattern Baldness looks like, right? Characterized by receding hair lines, thinned out mid zones, and of course the infamous, dreaded horseshoe pattern in the crown area (often referred to as the “St. Anthony”), many a big strong man has crumbled at the sight of their youthful locks disappearing. Male Pattern Baldness aka Androgenetic Alopecia makes us fellas take some strange, and often times extreme, measures. Some can be highly effective such as hair transplant surgery and medicinal intervention i.e. taking Finasteride or Minoxidil. But while both these methods of hair restoration offer a solution, they can also have some serious drawbacks.

Transplants cause permanent scarring and the results are limited by a finite amount of donor hair available. Meanwhile the meds come with potential side effects and are mostly effective at maintaining existing hair but not necessarily regrowing. In addition to these two “remedies” there are also hair systems and cosmetic products to disguise thinning spots (hair fibers, make-up etc). Of course many men are now looking at Scalp Micropigmentation as an exciting, new hair loss solution. So with all these solutions currently being offered for men, one has to wonder, are the same treatments—especially SMP—viable options for female hair loss?

While it’s not as common, women do experience hair loss just the same as men. Although the majority of women suffer from various other forms of Alopecia (alopecia areata, alopecia universals, etc.), Androgenetic Alopecia does exists in women, and just like for men it is genetic. Women are often good candidates for hair transplant surgery, however the FDA has not approved Finasteride for them. That doesn’t mean a woman cannot take the drug, however the risks do appear to be even more severe than they are for men, and a woman would need to take the drug in an “off-label” manner. Of course women can also use a hair system or wig and topical cosmetic products such as hair fibers. But just like with men, many women are now turning to Scalp Micropogmentation as a serious, viable solution to their hair loss woes.

So how can ladies benefit from SMP? Well, just like with men, there are two categories: Shaved Look and Long Hair Thickening procedures. The former is a trending topic at the moment thanks in large part to the highly publicized lapse of sanity and judgment of actor Will Smith.

We all know the story by now: it’s the 2022 Academy Awards, comedian Chris Rock makes a joke about Smith’s beautiful wife Jada Pinkett Smith resembling Demi Moore’s soldier character in the war film GI Jane with her buzzed hairdo. Jada Pinkett rolls her eyes, Smith storms the stage and lays a smackdown on Rock. Now this may have been a dark moment for Smith, his wife, and their family. But there was a major upside for bald and balding women everywhere. Before we dive into it, let’s just take a quick moment to analyze what Rock actually said.

Now in some people’s eyes the joke could be viewed as a compliment. Rock compares Jada, a beautiful woman in her own right, to Moore, another Hollywood beauty, because of her short hair. And that movie at the time made such a “buzz” in part because of the gritty role and the brave hair style that Moore went with. The flip side is that Jada has been admittedly dealing with alopecia, so her shaved hair style was not by choice and therefore the joke was deemed as hurtful. Now, whatever the intention, we cannot dismiss how someone receives or feels about a joke seemingly made at their expense. Did she, and her husband, overact? Perhaps. But rather than psychoanalyze the Smiths, let’s talk about women, SMP and the Shaved Look.

The majority of women clients who come to Ahead Ink SMP Clinic are seeking long Hair Thickening effect procedures. The reason is twofold: throughout history the majority of females have worn and are identified by long hair, and it is a style that most women are comfortable with. As shameful as hair loss is for a man, it is more acceptable and expected still than it is for a woman.  Of course we know many women who rock short hair styles, but far less have been brave enough to just go for the buzzed or shaved look. Thanks to celebs like Jada Pinkett Smith, this is changing and there has been an uptick in SMP female clients seeking the SMP Shaved Look just like men.

The key to pulling off a Shaved Look on a woman is in the details and shape of the hairline. This is where going to a clinic like Ahead Ink is key; we don’t use cookie cutter hair line shapes. Every client, male or female, gets a custom designed hair line. For a woman’s hair line we typically use soft rounded shapes that compliment her facial structure and head shape. Many women also have a widow’s peak so it can be beneficial to recreate this feature.

Whether you decided to have a long hair thickening procedure, or rock the Shaved Head look is an entirely personal decision. Either way, embrace your inner Jada!

The History of Tricopigmentation